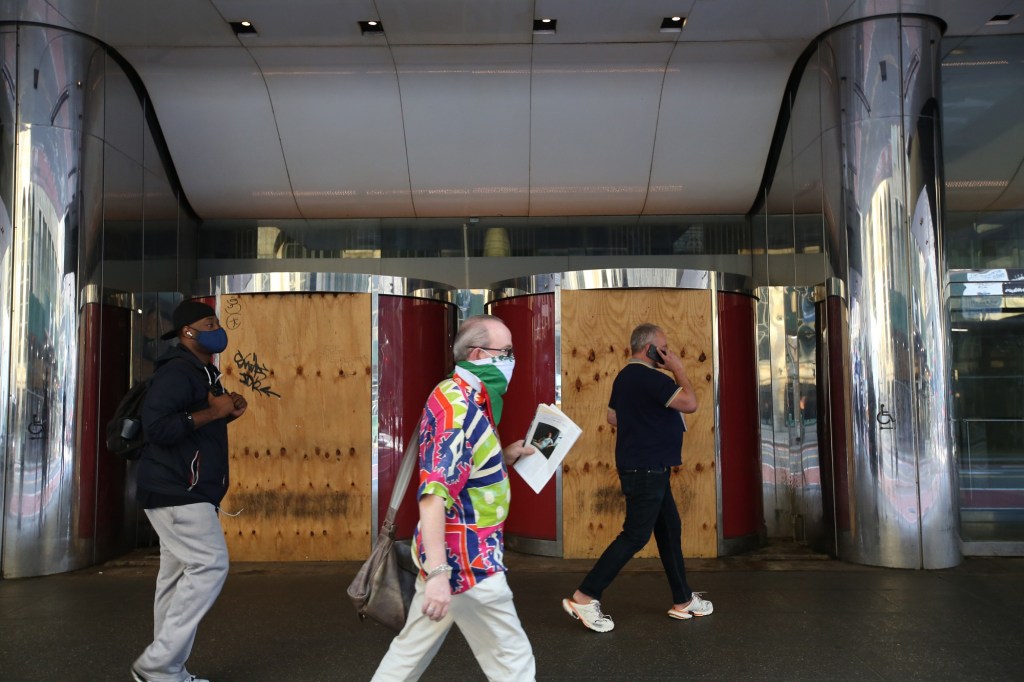 A happy ending is in sight to the Big Apple’s hotel industry catastrophe — just wait until 2026!

“I am supremely optimistic for five years from now,” said Vijay Dandapani, president of the Hotel Association of New York. But the short- and medium-term outlooks are another story.

“The key thing is that international travel is not here yet” and there’s no way to know when it will fully return, despite President Biden’s plan to reduce restrictions by some time in November, Dandapani said.

The beleaguered industry’s plight is epic in scope. Of the city’s total 700 hotels pre-pandemic, about 250 either closed or were converted to homeless shelters.

Room rates have fallen 60% since 2019. A further looming shadow over the business is a flood of new rooms — possibly more than 18,000 — in projects that were started prior to 2020 and are on track to open this year or soon after, including at such marquee-branded properties as the Virgin Hotel, Ritz-Carlton Nomad, the Arlo Midtown and Hard Rock near Times Square.

International business travelers and tourists coming to the city, who spend much more than domestic visitors do, peaked at 13.5 million in 2019, plunged to a mere 2.4 million in 2020 (mostly in January and February) and might modestly rally to 4.6 million this year, according to NYC and Company, the city’s marketing organization.

Even that uptick depends on the details and timing of the eased entry restrictions. “We don’t see business coming back to 2019 levels until 2025,” Dandapani said.

The city’s hotels were under strain even before COVID-19 staggered the industry, due in large part to over-construction that raised the number of rooms from 85,000 a few years earlier to 125,000.

Hotels also took a beating from mostly illegal short-term-stay facilities that “cannibalized the industry without having to pay structural costs,” Dandapani said — such as a 100% increase in hotel-specific property taxes from 2008 to 2019.

In light of so many grim trends, a highly contentious bill now in the City Council that would severely limit new hotel construction by requiring a special permit for every new project seems almost beside the point — at least for now.

The union-backed proposal was condemned by industry advocates who feared it would turn a hotel surplus into a shortage. But that was before the coronavirus reared its head.
“It doesn’t matter because there’s no business right now,” Dandapani said. “It’s been projected that the proposal to limit development, if it becomes law, might result in a shortage by 2030, but projections nine years out are questionable.”

For all the challenges, there are whispers of optimism in the cooler fall air. Two of the city’s largest inns are back: the New York Hilton on Sixth Avenue reopened after 18 dark months and the Grand Hyatt on East 42nd St. returns on Nov. 1 as the Hyatt Grand Central New York.

A concrete reflection of longer-term faith in the market is that hotel values have bounced back from an alarming slump last year.

But last month’s sale of the Cambria Times Square on West 46th Street might be a happier portent. The 198-room property fetched $88.5 million, or about $452,000 per room — only slightly less than its valuation before last year’s lockdown, according to an industry source who didn’t want to be named.

CBRE senior vice-president Brad Burwell, who specializes in hotel investment-sales, commented, “Over the past six to eight months, the value of hotel assets in the city have returned to near-2019 values.”

He said the “discount to pre-pandemic levels was significant” prior to last spring, “in excess of 25 percent. That discount now has all but gone away.”

“Investors are taking long-term views due to several factors,” he added. “Starting in May, the number of groups willing to do deals expanded rapidly. People felt safer about buying” as COVID restrictions were eased, for one thing. People saw restaurants open indoors again. Broadway was coming back.”

Even though full recovery might wait until 2024 or 2025, “deals could be underwritten more clearly,” Burwell said.