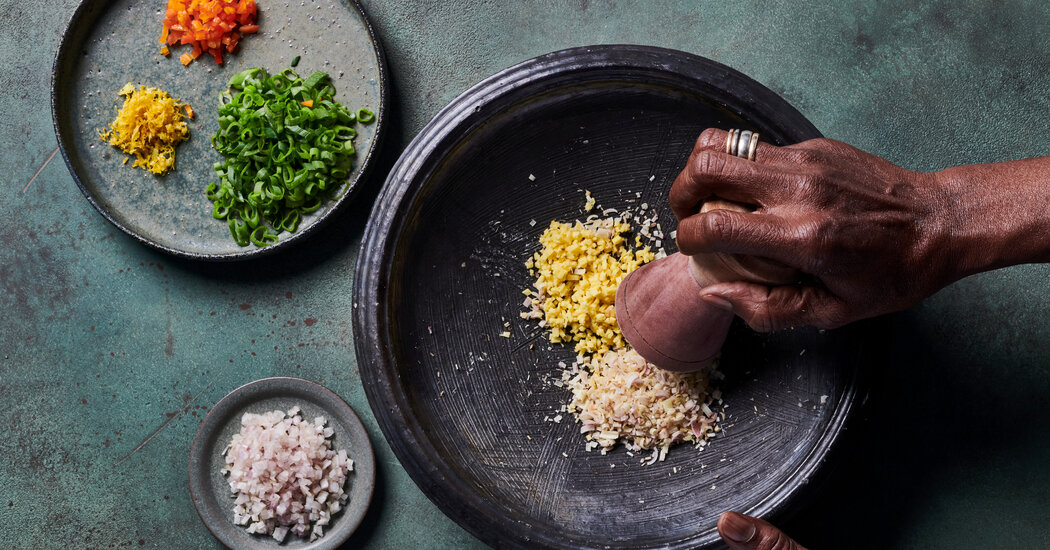 There are family members we never get to meet, those whose absences are filled by the memories of the people who knew them. I never met my great-grandmother Osunfunke Thomas (nee Olatunji), but I’ve formed an image of her from the story of her passing, as told to me by my mother and her sisters. She was 76, and it happened quite suddenly, as she was crushing aromatics for dinner on a grinding stone.

This memory runs counter to even the few photographs I’ve seen of her. In them, she is slight, less sturdy than I had been led to believe. I may not have known her, or the precise details of her life, but I know of her indomitable spirit. And I know the grinding stone, called olo in Yoruba, that she was working with on that day in 1982 in Lagos, Nigeria. My grandparents saved it and used it in their home. And I think about it — and her — whenever I am working ingredients and extracting their essences in my mortar and pestle.

I have an array of devices that perform all of the functions of a good mortar and pestle. I grind five-pound bags of heirloom corn for ogi, a fermented breakfast corn porridge, in a food processor. I run nuts and seeds through a blender to make kunun gyada and other drinks. When I’m making a pepper soup blend from whole spices, I glance first at my mortar and pestle, and then to the spice mill next to it. I grab the mill probably 99 times out of 100.

I don’t have to imagine my great-grandmother’s reaction to that. She lived long enough to know these inventions, and would never touch any of them.

“She would grind her spices fresh every day,” my mother reminds me.

This aversion to gadgets plays an outsize role in the image I have of her and the one shared with me. However laborious the process, Iya Oko, as we call her, Yoruba for “mother from the farm,” swore by the culinary methods that sustained her. Manually grinding spices, herbs, aromatics: That was her ritual.

She never claimed it was the only way, just the best to extract the oils and the aromas from her ingredients. In West African cuisine, and in many of the world’s cuisines, manually pounding and grinding reveals distinct qualities from a variety of ingredients. Pounded yam, banga soup and akara are just a few Nigerian dishes that can be made with shortcuts, but when they’re prepared with traditional mortars and pestles, they take on nuanced textures that machines simply cannot replicate.

Though a modern device can mimic an outcome, it can also erase age-old processes. Kneading dough, shaping dumplings, or grinding and fermenting grains are all physical, even soothing. Iya Oko’s methods, I’d like to believe, were not born of a stubborn disdain for modern equipment; she simply had faith in the methods that had served her well.

And her methods and spirit inspired this recipe, a roast fish with marinade packed with crushed aromatics like lemongrass, ginger, shallots and scotch bonnet chile. Any mild whole fish will take on the flavors well. I use my asanka, a traditional Ghanaian earthenware mortar lined with thin grooves, and a two-sided wooden pestle to gently work the ingredients in. The reward is nuance and texture, and a release of the ingredients’ oils and essences to give a deeper flavor. You may not have an asanka or a grinding stone. Perhaps you’ll consider pulling out the food processor, and you can: The mortar and pestle is optional, but strongly encouraged. 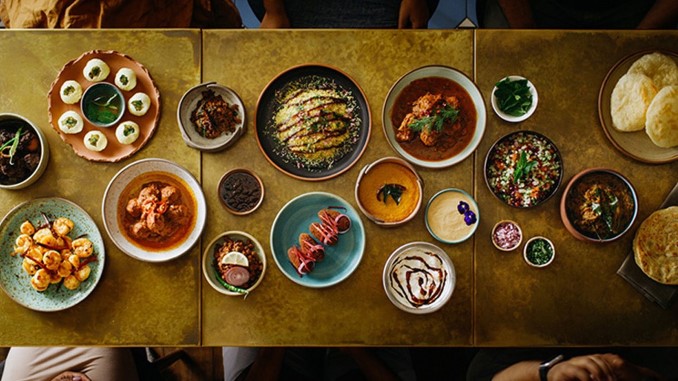