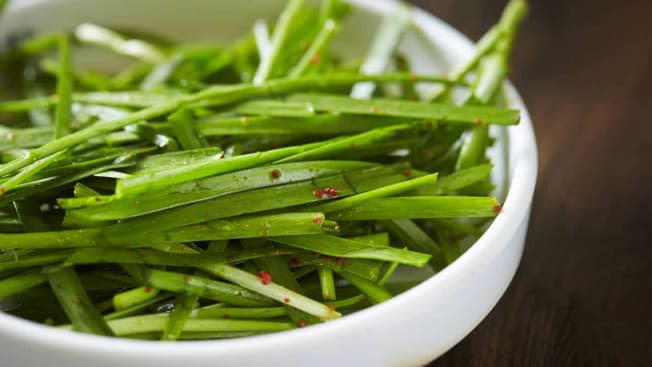 These ingredients can help you add a little more variety to your diet while reducing your risk of heart disease, stroke, and other major illnesses

Eating healthy means not only cutting back on things like saturated fat and salt but also choosing foods that will help you fight inflammation. That’s because growing research links chronic inflammation to a host of woes, from heart attack to stroke to diabetes and more.

And while generally eating lots of fruits, vegetables, and whole grains can help in that effort, there’s no reason to limit yourself to the standard stuff you’ll find in your grocery store produce section.

There are many foods from cuisines with Asian, Latin, and African roots that have powerful anti-inflammatory properties, and can spice up your cooking in other ways, too.

Here are some examples, and ways you might incorporate them into your diet. For those who already eat any of these ingredients, below are some examples, along with explanations of how eating these foods regularly may already be helping your body fight inflammation.

Red adzuki beans are known for being sweetened in some Asian treats, but that’s not all they’re good for.

These dried red adzuki beans can be cooked up and added to salads, curry dishes, and occasional sweet treats like ice cream.

How they’re used: In my own Chinese-American upbringing, red beans were a staple in the form of red bean soup, a dessert served after restaurant banquets or large meals. Steamed and baked buns were stuffed with them, and they gathered with tapioca at the bottom of bubble tea drinks.

You’ll also find them sweetened in Korean and Japanese foods, but they’re also used in savory dishes, in place of lentils in curry, for instance, or in a salad or bean stew.

Benefits: Adzukis, like other beans, are rich sources of protein and fiber, which can help you feel full, and can lower your risk of type 2 diabetes. A 2016 study in the journal Food Chemistry found significant antioxidant and anti-inflammatory properties in adzuki beans’ hulls in particular.

One tool to use: Like any dried beans, it can take a while to soften adzuki beans. Simmering them in a slow cooker can be a good bet as opposed to boiling them on the stove. This Hamilton Beach model performed best in Consumer Reports’ tests. Try slow-cooking the beans in water, a modest amount of rock sugar or brown sugar, and a few slices of ginger to taste.

Cardamom is in the same family as the ginger plant, but it’s much milder tasting and fragrant enough to replace cinnamon in baked goods.

The little seeds inside these cardamom pods release a one-of-a-kind fragrance in curries and pastries.

How it’s used: This spice in whole pod or ground form is commonly found in savory meat dishes and curries, sweets like puddings and pastries, and masala chai, a spiced black tea.

Benefits: The research is preliminary, but a 2021 animal study in the journal Plants identified cardamom as having anti-inflammatory and antioxidant properties. And an earlier study in the Journal of the Science of Food and Agriculture found that cardamom, in large amounts, reduced inflammation in overweight and obese prediabetic women.

It’s unclear whether smaller amounts would have the same effect, but at the very least, adding a little cardamom to your food or drink can add a new flavor to your repertoire.

One tool to use: A Dutch oven is an ideal choice for braising and cooking foods low and slow like you would with a cardamom-spiced curry or stew. That’s because they’re great at retaining heat and keeping it constant, says Consumer Reports cookware pro Mary Farrell. This Merten & Storck model scored best in our tests.

Also known as Chinese chives, garlic chives are a relative of onions, scallions, and leeks and can be used in similar ways. Resembling very tall grass, these chives are flat, not hollow like more common chives.

While you may find garlic chives without flowers more often, the ones pictured here can add a pretty touch with that mild garlicky flavor.

How they’re used: I chop these up and sprinkle them on noodle soups, but they can hold up as a veggie dish on their own, sautéed like spinach. Their mild fragrance and flavor softens a bit with heat.

Scrambled eggs packed with garlic chives is a simple and affordable dish that can be served at any meal. Adding plenty to a stir-fry dish when it’s almost done can add a little garlic flavor and a nice crunch. They’ve also been promoted by James Beard award-winning cookbook author Grace Young as a food to stir-fry on its own if you’re working on seasoning a wok.

Benefits: All kinds of leafy green vegetables can be part of an anti-inflammatory diet, and these greens are no exception.

One tool to use: Having the right pan is key for frying up a plate of eggs and chives or for stir-frying. A carbon steel frying pan can give you results similar to what you’d get with a carbon-steel wok, which is by far the most popular type.

This bright pink and somewhat tart fruit grows from flat cactus pads known as nopales. The fruit is also called cactus fruit and is known in Spanish as tuna.

Prickly pears, also known as cactus fruit, are a sweet and tart addition to drinks.

How it’s used: Prickly pear fruit can be eaten whole or puréed for refreshing smoothies, fruit spreads, frozen fruit bars, and aguas frescas, drinks that are commonly made with water, lime, and other fruits, plus agave nectar or other sweetener.

One tool to use: If you’re interested in puréeing some prickly pear for a smoothie or dessert, you’ll want to make sure you have a blender that’s up to the task. This Vitamix model showed excellent performance in our purée tests.

The tamarind plant is in the same family as the green pea plant—and fresh, unopened ones may look from the outside like long, brown, pea-filled pods—but its dense, chewy texture inside and its complex, tangy flavor is nothing like them.

Don’t be put off by its appearance: What’s inside a tamarind pod is a secret ingredient in Worcestershire sauce but is also worth trying fresh if you can find it.

How it’s used: It might not be obvious at first taste, but tamarind is an ingredient in Worcestershire sauce, the go-to dipping sauce for spring rolls at dim sum houses. That’s where I had my first taste of tamarind, but since then I’ve eaten it straight out of the pod, added fresh tamarind or tamarind paste to my homemade barbecue sauce, and sought out sweet and spicy chile tamarind sauce from my go-to Mexican restaurant here in Brooklyn.

Tamarind, which initially hailed from tropical Africa, is also used in meat and curry dishes. In produce sections of some supermarkets, you can buy sour or sweet versions picked right off a tree; you just crack them open and enjoy. But watch out for large seeds. You can make a juice out of it, or find tamarind juice in the international foods aisle at your local grocery store or at online grocers.

Benefits: While there’s still not much scientific evidence yet beyond research in mice, tamarind has been consumed as traditional medicine and food for centuries to help ease arthritis flare-ups and pain.

One tool to use: A multi-cooker can help you get those tamarind flavors to seep into meat dishes. This Zavor model performed best overall in Consumer Reports’ tests.

Consumer Reports is an independent, nonprofit organization that works side by side with consumers to create a fairer, safer, and healthier world. CR does not endorse products or services, and does not accept advertising. Copyright © 2022, Consumer Reports, Inc.