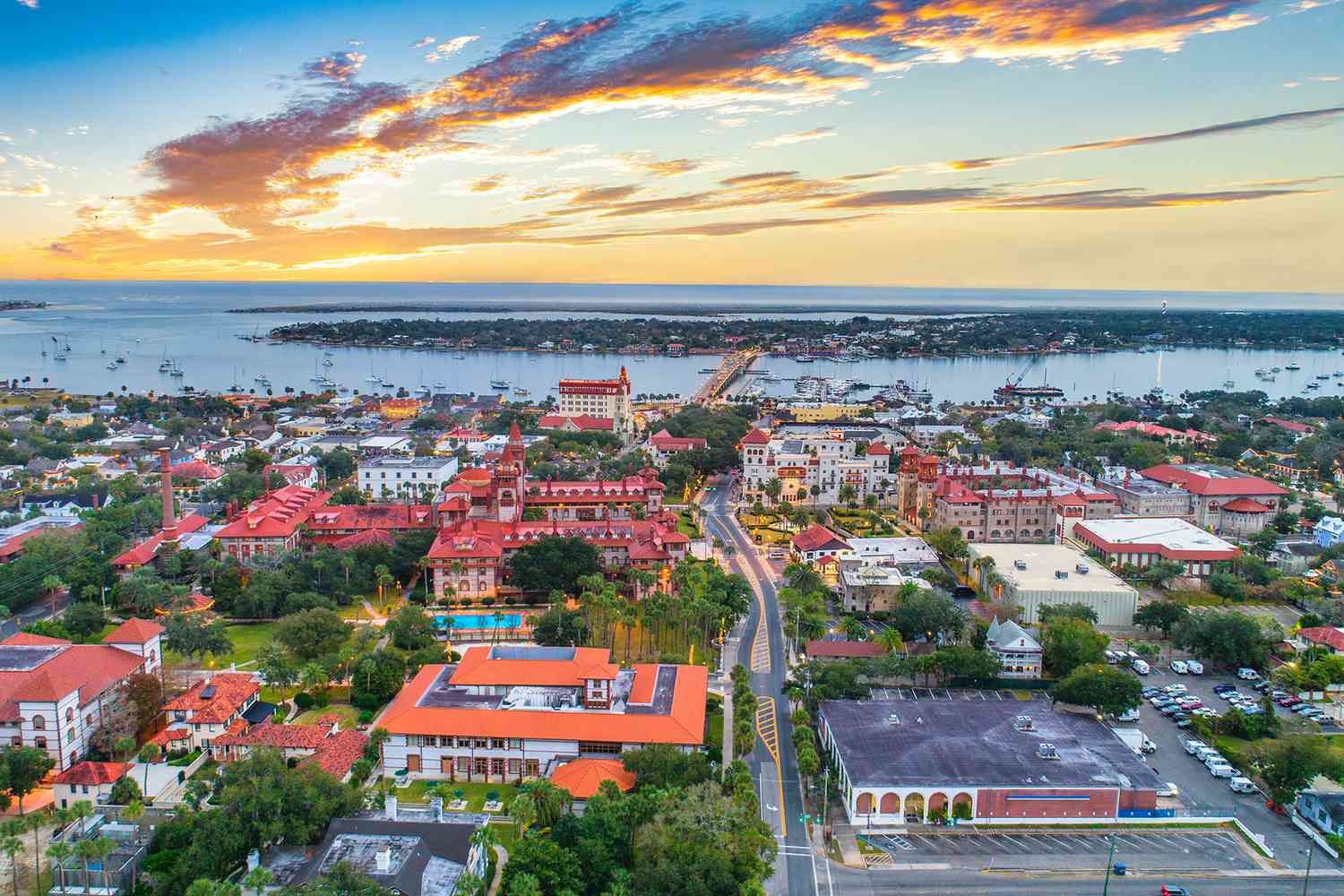 Some Florida destinations are loved for their white-sand beaches while others are known for their history, food scene, or plentiful attractions. St. Augustine covers all those bases and more. Nicknamed the “Nation’s Oldest City,” St. Augustine is near the spot where Spanish explorer Juan Ponce de León, supposedly on a quest to find the fabled Fountain of Youth, landed in 1513; it became the first city founded by European settlers in North America in 1565.

It may be old, but today, St. Augustine remains one of the most beautiful cities in Florida with tons of things to see, do, and explore. Even at hundreds of years old, it’s as lively as ever — and one of the best places to visit in Florida.

Best Things to Do in St. Augustine

While you’d be perfectly happy just strolling the historic streets of St. Augustine, there are many ways to dig deeper beneath the surface of this spellbinding city.

A good way to start is taking a trolley tour to get the lay of the land. Old Town Trolley Tours are available in just seven historic cities in America, and St. Augustine is one of them. On this tour, you’ll hear fascinating tales of the city’s past and present while hitting more than 22 stops and 100 points of interest across the city, such as Ponce de León’s Fountain of Youth Archaeological Park, the Old Jail, the Oldest House Museum Complex, Ripley’s Believe It or Not!, and more.

Plus, you can return by night for the Ghosts & Gravestones iteration of the tour, filled with tales of the spooky, macabre, and paranormal; a “frightseeing” tour is a must in this 500-year-old city.

Shopping St. George Street is another thing you can’t leave St. Augustine without doing. The historic district is the main attraction in St. Augustine for good reason. There’s a central pedestrian-only thoroughfare lined with shops, restaurants, attractions, funky boutiques, and antiquities. You can easily spend a day getting lost in and around these charming streets.

While wandering St. Augustine, you won’t be able to miss the massive Castillo de San Marcos, a Spanish stone fortress dating back to the 1600s. Stop in for a tour, interesting history, and views of the St. Augustine Inlet.

Not into history? Outdoorsy types love St. Augustine’s beautiful Atlantic Ocean beaches, which aren’t far from the historic downtown. St. Augustine Beach and tranquil Crescent Beach are two favorites, complete with grassy dunes and windswept stretches of sand, but the protected wildlife sanctuary of Anastasia State Park is one of the area’s most peaceful destinations.

In St. Augustine, bed-and-breakfasts are the name of the game. There are chain hotels available in the area, which may be better for large groups or those on a strict budget, but for everyone else, staying in one of the city’s quaint inns is part of the fun — and puts all of the historic district within easy walking distance.

Another favorite is The Collector Luxury Inn & Gardens, an upscale, charming property on Cordova Street at the edge of St. Augustine’s Old Town. The property is walkable to all the main attractions yet offers a peaceful getaway from the crowds. The stunning courtyard, brick paths, antiques, bar, pool, and fire pits, together with the modern yet plush rooms, make it feel like a true retreat.

Another stunner you’re sure to spot on your visit to St. Augustine is the Casa Monica Resort & Spa, Autograph Collection. A tribute to vintage Moroccan grandeur, Casa Monica was originally built in 1888 and today is a St. Augustine landmark in the heart of the historic district, complete with a spa, event space, and an on-site restaurant serving Mediterranean cuisine.

Other top-rated bed-and-breakfasts in St. Augustine include the Historic Sevilla House, Old Powder House Inn, Casa De Solana Bed and Breakfast, 44 Spanish Street Inn, and the Bayfront Marin House Historic Inn & Cottages, which is located across from Matanzas Bay (and is arguably the best waterfront hotel in St. Augustine) but also has off-property beach cottages and Caribbean-style homes on the ocean.

There’s no bad time to visit St. Augustine. The city experiences more seasonal changes than other parts of Florida since it’s located in the state’s northeastern tip, but there are appealing reasons to visit year-round.

Go during summer for thinner crowds in the historic district but expect to see the beaches packed; this is also the Atlantic hurricane season, so keep in mind that weather may dampen your plans. Springtime is warm, breezy, and sees lots of festivals.

In the fall, family tourism is minimal as school starts back up, so you might be able to snag some good prices and enjoy some changing leaves. With mild weather, minimal rain and humidity, and fewer crowds, it’s the perfect time of year to stroll the city’s many shops and boutiques and attend cultural festivals.

However, one of the best times to visit is winter, not only because the weather can get downright chilly — a welcome change of pace in hot, sunny Florida — but also because it’s when the city is all dressed up for Nights of Lights, one of the top Christmastime attractions in Florida.

From mid-November to the end of January, this award-winning annual display lights up the city with more than three million lights, dazzling visitors and locals alike and spreading seasonal cheer. Nights of Lights attracts sizeable crowds, as it’s one of the most popular events of the year, but if you avoid holidays and weekends, you’ll be good to go.

Where to Eat and Drink

St. Augustine is a great place to try typical Florida fare such as fresh seafood with a Latin flair. The eating and drinking scene is quite lively thanks to the many visitors and young people who enjoy the city’s historic-modern mix.

Ice Plant Bar, which presents farm-to-table food and craft cocktails in a renovated 1927 building, is located a little outside the historic district but is beloved by visitors. Another memorable sip is the root beer at A1A Ale Works, admittedly a somewhat touristy spot, but only because it has eats with mass appeal — and a second-story porch offering panoramic views of Matanzas Bay.

A little bit outside of the historic downtown, Gypsy Cab Company is a laid-back locals’ spot serving a flavorfully diverse menu with inspiration from various types of cuisine from all over the globe — and a peanut butter pie you will dream about forevermore.

No matter where you eat, it’s hard to go wrong grabbing a table in St. Augustine; it’s one of the best foodie destinations in Florida thanks to its plethora of highly rated restaurants that boast incredible ambiances on top of their mouthwatering menus. Almost any restaurant you choose will be top-notch, so book a reservation and prepare for some memorable meals.

St. Augustine is easily accessible by car, but once you arrive, plan to leave the wheels behind as you wander the historic district by foot. Trolleys connect the city if you need to cover more ground, but most of the best spots are easily seen on foot.

The area is less than two hours away from several major cities, including Jacksonville, Daytona Beach, and Orlando; Savannah, Georgia, is a little less than three hours up the coast. Thus, it’s easily accessible from the north and south by Interstate 95, U.S. Highway 1, and scenic Florida Highway A1A.

Jacksonville International Airport (JAX), approximately 50 minutes north of St. Augustine, is the closest major airport, but Northeast Florida Regional Airport (UST), which is only 10 minutes from the historic district, is also available to those who aren’t flying commercial airlines. 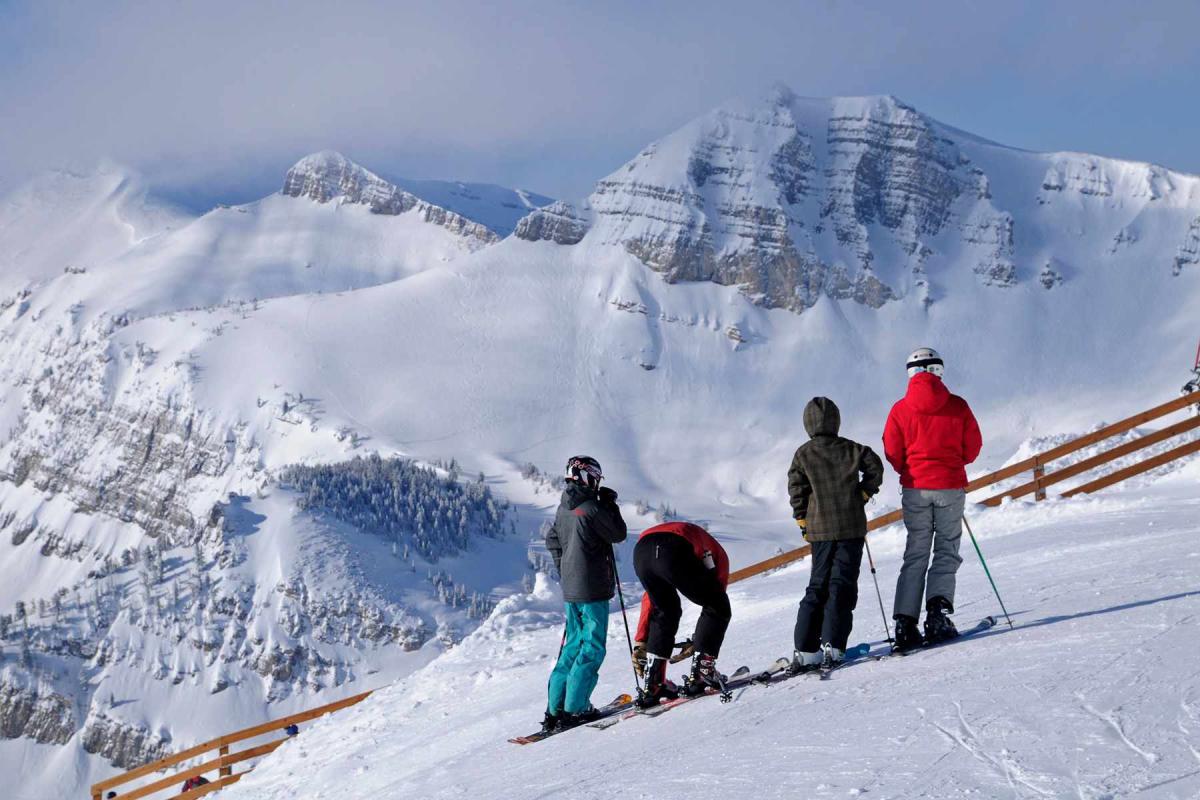