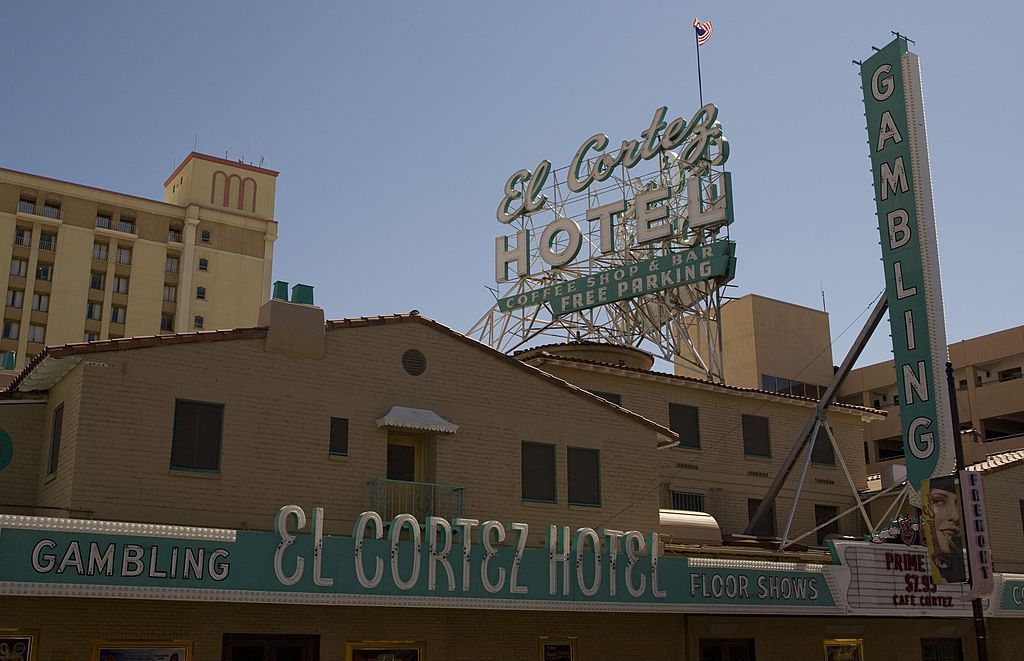 This week in “Get a Room,” SFGATE’s roundup of hotel and accommodations news, Las Vegas continues its reign as the weirdest place on the planet; the “luxury camping” trend continues its bougie domestication of once-wild places with AutoCamp’s arrival in Joshua Tree; and a Bay Area winery estate becomes the country’s largest “pollinator sanctuary.”

The Santa Barbara glamping company AutoCamp has developed a chain of luxurious Airstream resorts in places like the Bay Area (Sonoma’s Russian River), Yosemite and Zion in the West and Cape Cod and the Catskills on the East Coast in recent years. Now, the company — which embraces a sort of bougie-boho sensibility — is opening its newest location in Southern California’s playground for cool kids: Joshua Tree.

The 25-acre property is slated to have a communal clubhouse that’s a “modern take on traditional Quonset Huts,” a hot tub-plunge pool hybrid (plunge pool in the hot months, hot tub in the winter) and outdoor showers in the swankiest units. The sprawling trailer resort — once an oxymoron — says it will have 47 Airstreams and eight suites, each with custom textiles and “architecture nodding to the eclectic nature of the town.”

AutoCamp Joshua Tree was designed, according to its slick marketing materials, for “minimal impact on the environment,” including native plantings, a heavy reliance on solar power and dark sky-compliant lighting. Among the resort’s offerings are appropriately Southern California experiences: sound healing sessions and wellness classes, wine tastings and movies under the stars.

In recent years, Joshua Tree has become a high desert darling, the favorite getaway for a certain kind of stylish Angeleno. Namely, the kind that commissions a $1.75 million two-bedroom brutalist home set in a field of rocks. The downside to this explosion of interest among “creatives” — as a recent Hollywood Reporter story described them — is affordability. Property values in the area have risen exponentially in the past five years, and Airbnbs are doing booming business.

AutoCamp joins the party Dec. 16, with rates starting at a low of $175 on weekdays and cross the $500 mark on busy weekends. Tack on the loathsome resort fee (a whopping $53 here), and a weekend of “camping” could easily cost over $1,000. Toto, we’re not at the KOA anymore.

Las Vegas is (still) where the weird is

It’s been a strange couple of years. But there’s something about Adele’s Vegas residency — and Katy Perry teasing her own, in Jumpsuit Elvis style — that hints at normalcy. For those uninitiated into Sin City’s strange ways, it’s easy to imagine it as just another U.S. industry hub. What New York is to commerce, Washington D.C. is to government, and Los Angeles is to pop culture, Vegas — one is tempted to believe — is to mass entertainment.

Then, Vegas proves itself, again and again, to be so much more bizarre than anywhere else — so wacky it’s nearly satire proof. It’s been 50 years since Hunter S. Thompson’s “Fear and Loathing in Las Vegas” appeared in Rolling Stone, and this desert metropolis just keeps getting weirder.

In recent developments, The Cosmopolitan Las Vegas got even more, er, colorful when Spiegelworld’s Opium — a “wacky, raunchy, wild journey” exploring “the space between Las Vegas and Uranus” — birthed a restaurant spin-off. The restaurant-meets-hallucinogenic experience Superfrico opened in September, but reviews, and jaw-dropping photos, of the self-described “Italian American psychedelic” restaurant are just now offering a glimpse inside this Alice in Wonderland-esque culinary romp.

Susan Stapleton has the trippy visuals over at Eater Las Vegas while The Points Guy offers some details about the food, which appears to be decidedly less gonzo than the overall experience.

Meanwhile, El Cortez, one of the oldest continuously operating casino hotels in Vegas, celebrated its 80th birthday this month, and The Points Guy’s Leezel Tanglao went inside the Fremont Street hotel’s Jackie Gaughan suite. Named for El Cortez’s longtime owner and celebrated Vegas character, who lived there until his death in 2014, this $1,000 per night room is a time-traveling portal to the excesses of the 1980s. Available by request only, the suite is 2,800 square feet of marble bidets, golden swan water faucets and pink-and-gold retro Vegas style.

While surely a bucket list stay for those who fantasize about what it would’ve been like to be a casino magnate during the Reagan years, that appears to be a select few. Gaughan’s suite only gets about one booking a month.

Victory gardens of various kinds made a triumphant return during the early pandemic, when time was plentiful and food seemed like it might become scarce. In the North Bay, Sonoma County’s Jordan Estate took its pandemic-era planting in another direction, converting 10 acres of its prized Healdsburg real estate into a so-called “pollinator sanctuary.”

The winery, which also operates a European-style chateau for overnight guests, seeded the preserved acres with native plants known to attract the western monarch and native bees, both of which are seen as “at risk” in Northern California. The multi-year project includes the planting of 3,400 plants spanning 100 species, according to Marin Living Magazine. Among them: milkweed, the plant that is known to support migrating monarch populations.

“Milkweed is a very expensive — and challenging — plant to grow,” Lisa Mattson writes on the winery’s blog. “It takes a lot of work to successfully germinate milkweed. You can’t just throw the seeds in the ground and water them.” So the winery partnered with a local 4-H group to germinate milkweed plants. The estate is now the largest such vineyard sanctuary in the country, according to the eco nonprofit Pollinator Partnership.

You don’t have to stay at the Jordan Chateau, which is available only to the winery’s “Rewards members,” to experience the sanctuary. While the tours are temporarily paused for construction, the winery regularly hosts Wine Hikes and tours to show off the 1,200-acre property.