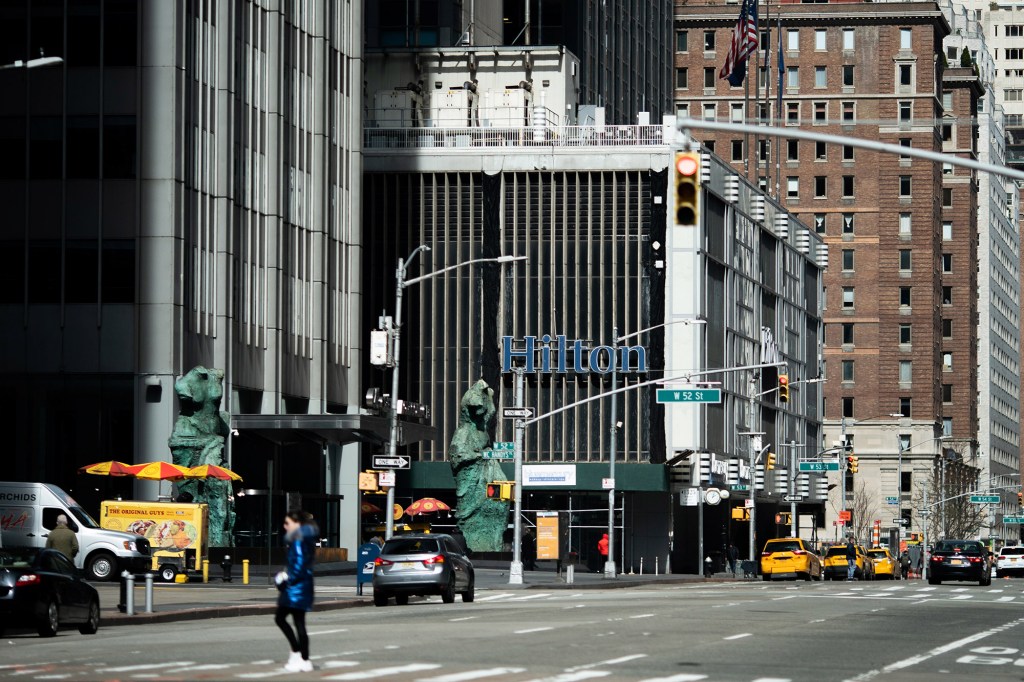 A group of businesses have filed suit against the city in order to block a change to zoning that would require developers to jump through permitting hoops before they could start building new hotels.

New Yorkers for Tourism, Inc. — made up of businesses and employees in the tourism, hotel and hospitality industries — claims that if developers are forced to go through this “arduous, time consuming, expensive and uncertain” review process to obtain permits to build hotels, the hotel and tourism industries in the Big Apple will be stifled, according to a suit filed Monday in Manhattan Supreme Court.

And the city is only backing the change because of pressure from the Hotel Trades Council — a union politically aligned with Mayor Bill de Blasio — which would benefit from the proposed Special Permit Requirement that would allow them to “strong-arm” collective bargaining agreements with any new hotel projects, the suit alleges.

“There is no zoning or land use justification for the proposed action at all,” the suit charges. “Instead, it is a naked taking without just compensation that benefits only currently hotel owners and the powerful HTC.”

The Special Permit Requirement — which hasn’t passed yet — would be codified as a text amendment in the zoning code. It would require developers to go through the Uniform Land Use Review Procedure (ULURP) ultimately need to be approved by the City Council.

The suit, which was filed against the city and the Planning Commission, is seeking to overturn the Special Permit Requirement.

“The city did not consider any alternatives to address the purported problem the amendment is meant to solve,” plaintiff lawyer Jennifer Recine said in a statement. “It also rejected, out of hand, mitigation measures that might have cushioned the economic blow to the tourism industry — economic impacts the city’s own analysis concedes will be the result of the amendment.”

“All of this underscores that the city’s analysis supporting this amendment is a pretext, there is no proper zoning purpose for it, and the regulation is patently unconstitutional,” Recine said.

A spokesman with the city Law Department said they were “reviewing the case.”