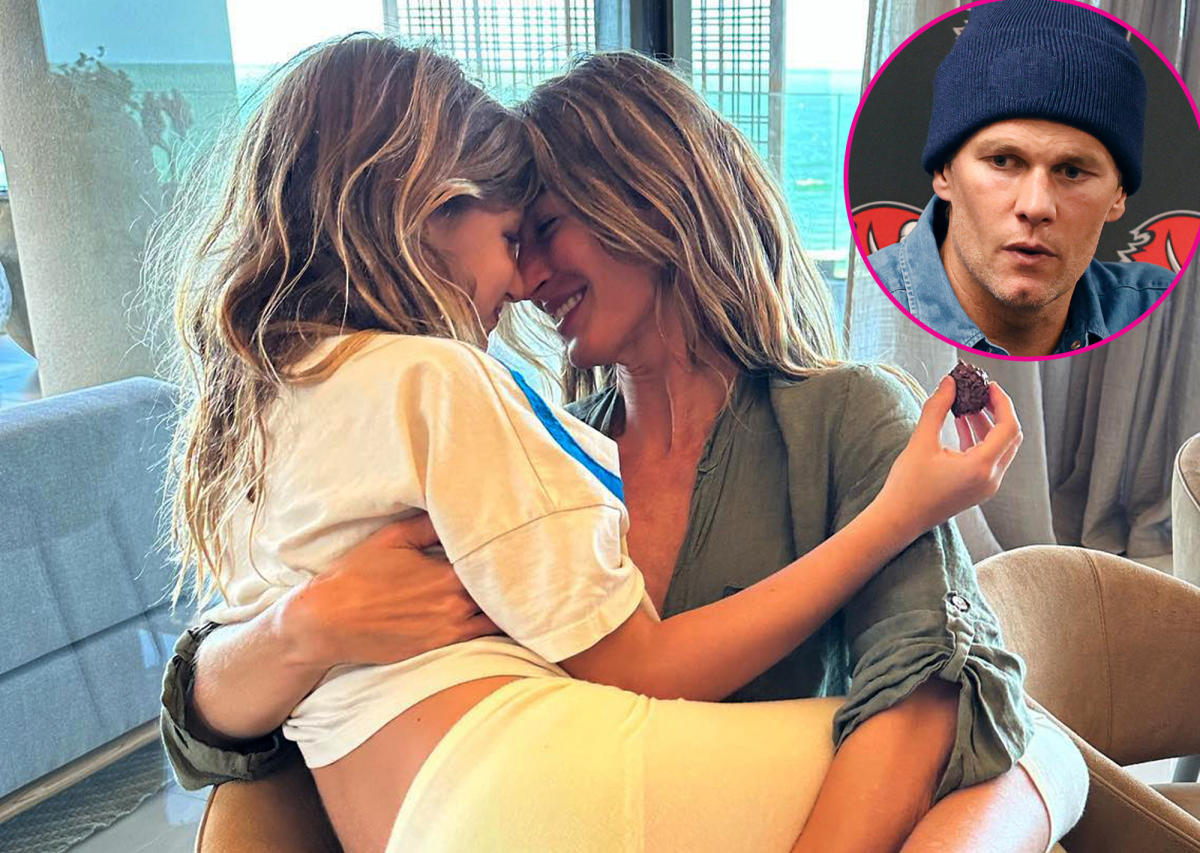 At peace! Two months after Tom Brady and Gisele Bündchen split, the supermodel is finding solace on a beachfront getaway with her kids. “Recharging with my little ones in the country of my ❤️,” Bündchen, 42, captioned a Sunday, December 18, Instagram carousel of photos on the Praia Brava beach in her native Brazil. In the snaps, the former Victoria’s Secret Angel enjoyed hanging out in the water with son Benjamin, 13, and daughter Vivian, 10. The elementary schoolers — whom she shares with Brady, 45 — enjoyed splashing around in a pool and cuddling with their mom. Bündchen announced two months earlier that she and the Tampa Bay Buccaneers quarterback had called it quits on their decades-long relationship, intending to amicably coparent their little ones. (Brady is also a father to son Jack, 15, whom he shares with ex Bridget Moynahan.) “With much gratitude for our time together, Tom and I have amicably finalized our divorce,” the Lessons From My Meaningful Life scribe wrote in an Instagram Story statement in October. “My priority has always been and will continue to be our children whom I love with all my heart. We will continue coparenting to give them the love, care and attention they greatly deserve.” She continued at the time: “The decision to end a marriage is never easy but we have grown apart and while it is, of course, difficult to go through something like this, I feel blessed for the time we had together and only wish the best for Tom always. I kindly ask that our privacy be respected during this sensitive time.” The Brazil native began dating the NFL star in 2006 following his split from Moynahan, now 51. Upon the pair’s early romance, the Sex and the City alum learned she was expecting Jack. Bündchen and Brady tied the knot in February 2009, embracing their blended brood before Benjamin and Vivian’s arrival. The model became a fervent supporter of her man and her children, however, reports surfaced earlier this year that Bündchen was not pleased with Brady’s decision to walk back his retirement. “Gisele was not happy when Tom un-retired from the NFL after such a short time,” a source exclusively told Us Weekly in September, noting the then-couple had been living in separate houses. “There is tension between them. They’re working through things and trying to come out the other side.” Following the twosome’s separation, they’ve been working hard to seamlessly raise their children as a friendly unit. “I think there’s a lot of professionals in life that go through things that they deal with at work, and they deal with at home,” the former New England Patriots athlete said during an October episode of his “Let’s Go” podcast. “Obviously, the good news is it’s a very amicable situation, and I’m really focused on two things: taking care of my family and certainly my children and, secondly, doing the best job I can to win football games.” He added: “So that’s what professionals do. You focus at work when it’s time to work, and then when you come home, you focus on the priorities that are at home. All you can do is the best you could do. That’s what I’ll just continue to do as long as I’m working and as long as I’m being a dad.” Scroll below to see more snaps from Bündchen’s family vacation with her kids: