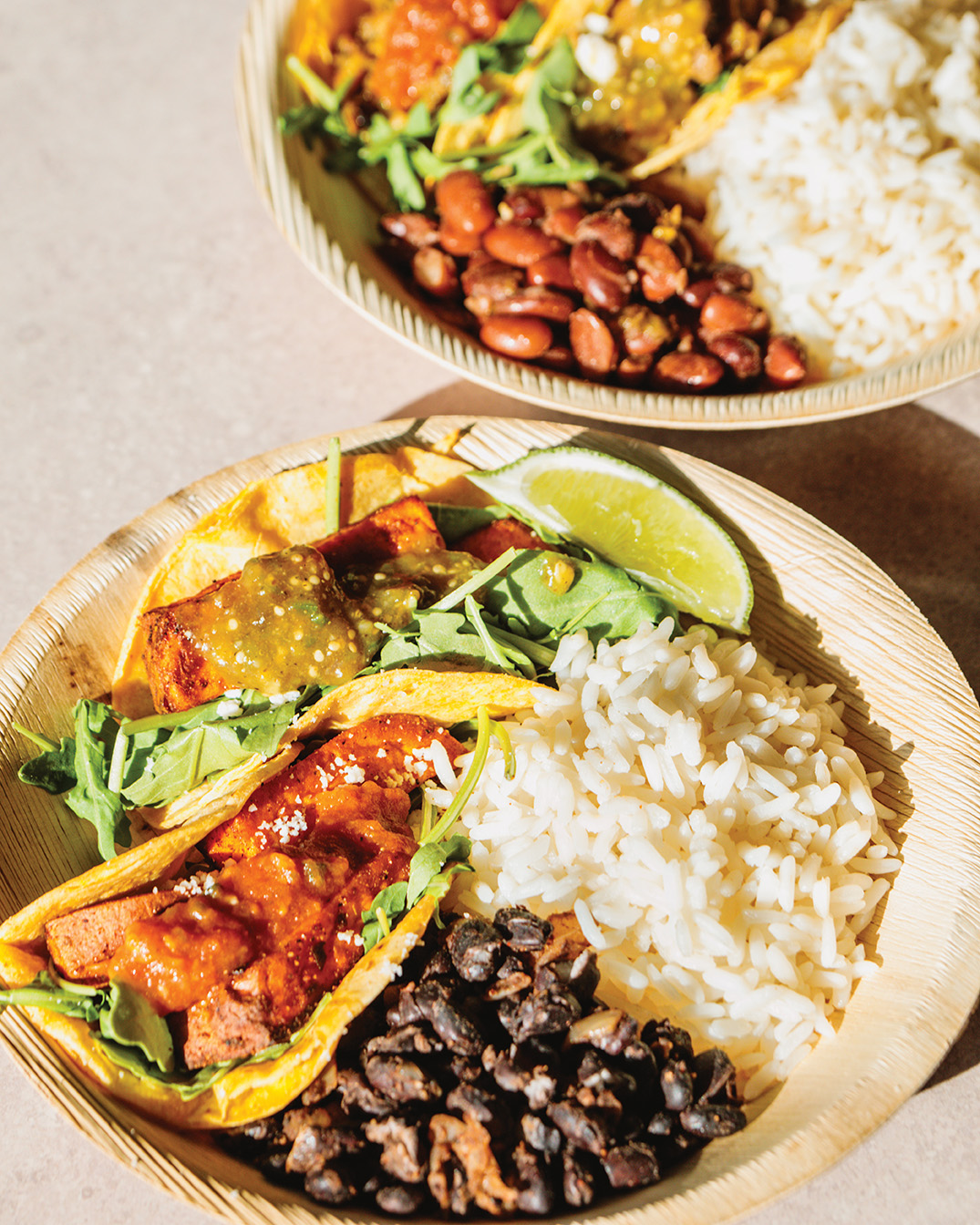 Chef Phil Jones is a soft-spoken, modest man. But when he starts talking about overly processed food, prepared in a “thoughtless” and “callous” manner — the kind of meal he intercepted once at a summer youth camp — his usual genial demeanor is replaced by frustration mixed with fury.

The bagel sandwich wrapped in plastic had a couple of slices of lunch meat, melted cheese, and slices of cucumber “swimming in something,” he recalls. “And I bring up the melted cheese part because it wasn’t a hot sandwich.” The cheese had melted because the sandwich had sat out beyond the appropriate amount of time for the food to be safe to eat.

It’s this type of institutional food, as he puts it, that Farmacy Food, which was founded to address the lack of affordable and healthy food, aims to disrupt.

“We’ve seen what the food system has done to itself and to people, and we don’t want to play that game,” he says. That means eliminating overly processed food as much as possible, he says, and “playing up to ancestral traditions that are not just healthy but healing, too.”

He says Farmacy Food is not a restaurant, caterer, or cafe — “we’re all the above.” The healthy meal service company is based at Marygrove Conservancy, on the northwest side of Detroit, and recently expanded to the Michigan Life Sciences and Innovation Center in Plymouth.

Farmacy Food offers healthy prepared foods with a global spin, such as Oaxacan chicken rice bowls and salmon croquettes with fonio, an African heritage grain. And the healthy take doesn’t just stop at entrees; even ranch dressing gets a nutritious upgrade with the addition of turmeric, which turns it a vibrant yellow, and Farmacy Food’s most popular dressing, the black-eyed pea vinaigrette, packs a punch of protein. Farmacy Food also recently partnered with a company to distribute a healthy beverage with lemon balm, aimed at reducing stress and anxiety.

“All of our flavors are based in ethnic foods. And we want to pay tribute to other cultures, because we’ve been given this western notion that other cultures are less than civilized. … We want to normalize [these foods].”

Jones is a veteran of Detroit’s food scene, having worked at restaurants like The Rattlesnake Club and Fishbones, before dedicating himself to building more equitable food systems in the city of Detroit, from being a founding member of advocacy organization Detroit Food Policy Council to working with chefs to transform food headed toward landfills, for the Make Food Not Waste community (Editor’s Note: Dorothy Hernandez is on the board of the nonprofit Make Food Not Waste).

Farmacy Food has gone through three and a half business models in a couple of years, he says, but the company’s new foundational approach “is much more sustainable and much more viable, as an option to make these communities stronger.”

“It became clear that we needed to be something else. And this is where the meal packs and meal subscriptions and all these things started becoming a focus of our work,” Jones says. After they made their home base at Marygrove Conservancy, their work deepened. “It made more sense to create a relationship with folks on food, as opposed to selling certain products. We started looking at what the needs were for the population, the folks that we wanted to serve. And we figured that food needs to be done a different way. So, while we’re still working to do that retail and meal subscription thing, our focus is now really on service, seeing the people in our community.”

To view the menu, place an order, and learn about smart fridges — which make nutritious meals readily available  — go to farmacyfood.com.

This story is featured in the January 2022 issue of Hour Detroit magazine. Read more stories in our digital edition.