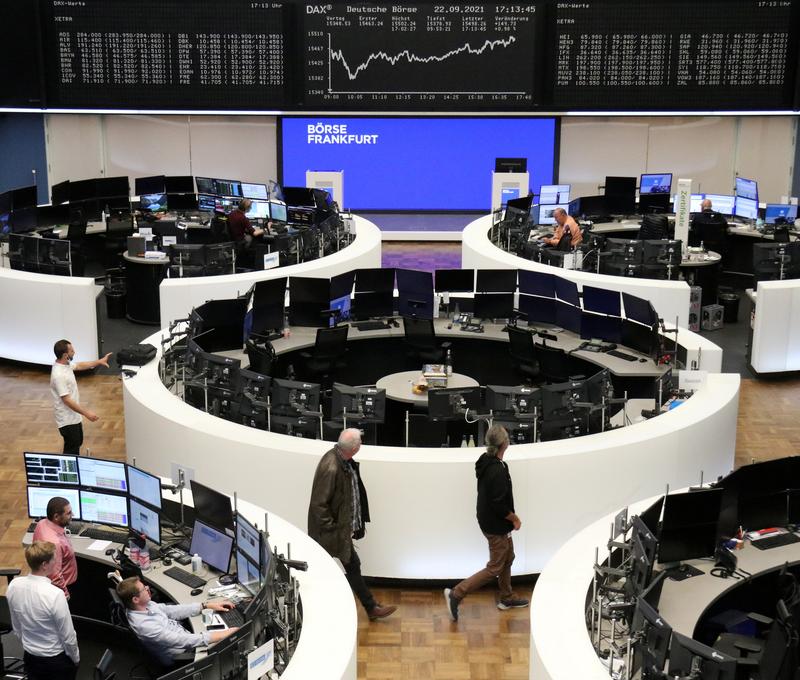 (Reuters) -European stocks rose on Wednesday after debt-laden developer China Evergrande said it would make some interest payments, while investors awaited a signal from the U.S. Federal Reserve on how and when it will rein in its massive stimulus.

The property developer said it would make a coupon payment on its domestic bonds, offering relief to investors worried about payments default following financial troubles.

“It’s been another positive session for European stocks, as concerns about fallout from Evergrande continue to diminish, after this morning’s agreement on some of its domestic bond coupons,” said Michael Hewson, chief market analyst at CMC Markets.

“Despite this little wrinkle, markets appear to be working on the assumption that the problem has been contained, let’s hope they are right.”

Online betting group Flutter Entertainment gained 4.0% after it agreed to pay $200 million to the Commonwealth of Kentucky to settle a judgment reinstated last year.

Meanwhile, the Federal Reserve is set to conclude its two-day policy meeting later in the day, with investors expecting it to clear the way for cuts to its monthly asset purchases later this year and update its inflation and growth projections.

“Fed Chair Jerome Powell will most probably be clear on the central bank’s commitment to start lowering bond purchases before year-end but short on details about the pace and the composition of tapering,” Unicredit analysts said in a note.

“An announcement like this would be in line with Powell’s presentation at the central bank symposium in Jackson Hole in late August and is unlikely to surprise investors.”

After seven straight months of gains, sentiment has soured across global equities in September on worries about China’s slowing growth, the fast-spreading Delta variant of COVID-19 and tighter monetary policies.

The STOXX 600 is down 1.6% so far this month and is set for its worst monthly performance in about a year.

Reporting by Sruthi Shankar and Shreyashi Sanyal in Bengaluru; Editing by Arun Koyyur and Alison Williams

Dominica’s Magic formula Bay crowned as Travel and Leisure ‘s No #1 Resort Lodge in Caribbean, Bermuda & the Bahamas for 2022

7 Tips for Traveling to the Marina Aquators

The 15 Best Destination Spas in the U.S.