This is the web version of the Spoon weekly newsletter where we wrap up of some of the most interesting stories in Food Tech. If you’d like to subscribe to The Spoon Newsletter, you can do so here.

There may be no one with more culinary street cred in America today than David Chang. Not only has the New York-based chef won multiple James Beard awards and seen his restaurant Momofuku called the country’s most important restaurant, but Chang himself is widely recognized as an astute observer of the food world who always has his finger on the pulse of the country’s culinary zeitgeist.

And what’s on Chang’s mind these days is a whole lot of food tech, at least if his new series on Hulu, The Next Thing You Eat, is any indication. While the six-episode series isn’t available until October 21st, we do have the video preview, which features shots of everything from food delivery bots to lab-grown meat to indoor robotic farms, so we thought it would be fun to play a game of ‘guess who’ and see how many people and companies we can recognize from the food tech revolution.

You can see the different food tech startups and leaders we identified on The Spoon. If you see any we missed, drop us a line.

Many remember the debut of the Impossible 2.0 burger in 2019, a watershed moment for both the company and the plant-based meat industry. There’s also been food robots, ice cream makers and much more that have made a big splash at the big show.

However, up until this year, any food professionals coming to CES were attending despite the lack of a dedicated food technology and innovation area in the exhibition space or in the conference tracks. Because CES is *the* great convener in the tech world, we felt food tech needed representation. This led The Spoon to rent out the ballroom of Treasure Island for a couple of years running to produce Food Tech Live. We wanted to give the food industry a central place to connect and check out the latest and greatest in food innovation.

But now that’s all about to change as food tech hits the big time this coming January. CES announced in June that food tech is going to be a featured theme for the first time ever at the big show. We couldn’t be more excited, in part because we will get to see even more cool food tech innovation, but also because CES has chosen The Spoon as the dedicated CES partner for the food tech exhibition and conference portions of the show!

Personally, this is a big deal as CES has been the one constant in my career as a journalist, analyst and entrepreneur, so I am very excited to help bring food tech to the big show!

Read my full post here with the news and, if you’d like to bring your food tech innovation to CES, let us know here.

We Called It: Amazon is Building a Smart Fridge

Amazon is building a smart fridge.

That’s at least according to a report from Business Insider, who reports that Amazon is building a fridge that would utilize machine vision and other advanced technology to monitor food in the refrigerator, notify us when it’s about to expire, and automatically order & replenish items through Amazon.

Dubbed Project Pulse, the initiative is being led by the company’s physical store unit, the same group that developed Amazon Go’s just walk out technology. Other teams, such as Lab 126 (its California-based hardware team that developed the Echo) and Amazon’s grocery unit are also contributing to the effort.

Here at The Spoon, we’re not all that surprised Amazon wants to create a fridge, mostly because we (I) predicted it nearly four years ago. When I asked “Is Amazon building a smart fridge?” in 2017, I tried to connect some of the dots I saw in Amazon’s commerce and devices businesses. And let me tell you, there were a lot of dots.Read more about why we suspected they were building a smart fridge at The Spoon.

Last night, news broke of the USDA’s $10 million award to Tuft’s University to establish a cultivated protein research center of excellence. The award is part of a $146 million investment announced by the USDA on October 6th by its National Institute of Food and Agriculture’s (NIFA) Sustainable Agricultural Systems program.

This is a big deal. The US has fallen woefully behind other countries in its support for developing next-generation food technology, which is why I suggested early this year that the Biden administration create a US taxpayer-funded food innovation hub. This does that for cultivated meat.

It’s also a sign that the US education system is racing to develop a curriculum for a field that – at least up to this point – has lacked the kind of well-established curriculum as other strategically essential fields such as computer science or biotechnology.  It’s about time since cultivated meat is a unique field unto itself which requires an educated and qualified workforce to power if it is to reach its full potential.

You can read the full story about the Tuft’s new Institute for Cellular Agriculture here.

We’ve already seen cell-cultured meat startups use 3D printing to create cuts of meat with complex fat and tissue structures. Revo has brought 3D printing into the plant-based fish arena, and the company is betting that the resulting products will win over more seafood eaters.

Basil Street, a maker of automated pizza vending machines, announced this week it has struck a deal with Prepango, a company that specializes in automated retail of food and beverage products in airports, to bring its pizza robot to airports across the US.

Launched this year, the Basil Street pizza smart vending machine – called Automated Pizza Kitchens (APK) – is roughly 20 square feet in size and holds up to 150 10-inch, thin-crust pizzas. When a customer places an order via the touchscreen or mobile app, the APK heats the flash-frozen pizza up using a non-microwave oven that cooks the pies in about three minutes.

Flippy The Fast Food Robot Has Its Own National TV Commercial

Flippy’s about to hit the big time.

That’s because the fast food robot from Miso that’s in service in places like White Castle is going to be the focus of a new nationally televised commercial.

The ad opens with Flippy making fries in the kitchen of a fast food restaurant while a voiceover actor proclaims “Nothing hits the spot quite like good food, made fast.”

From there the 30 second spot toggles back and forth between a mother and daughter happily eating food and Flippy making fries back in the kitchen.

The voiceover continues: “The taste you grew up on, now made more consistent, more efficient, and dare we say, more delicous. Introducing Flippy, the world’s first AI kitchen assistant.”

The narrator brings the pitch home with the tag line, “Let the robots do the robotic work, so people can do the people work.”

To read the full story and see the Flippy commercial, click here.

While this is one of the most significant acquisitions so far in the ghost kitchen space, it’s likely only the start of a wave of consolidation.

Even as funding still flows into the ghost kitchen and virtual restaurant space, many operators have realized that running an extensive network of multitenant kitchens is a capital-intensive business. Much of the recent funding in the broader ghost kitchen and virtual restaurant space has gone to companies that are creating platforms that make it easy for restaurant brands to launch new virtual brands through hosted kitchen models. While some companies, like Reef, continue down the heavy capex path powered by huge raises, venture and corporate capital has started to migrate towards hosted kitchen models and virtual restaurant brands that can take advantage of underutilized kitchen capacity in existing QSRs or independents.

Do you think the ghost kitchen space is going to see a wave of consolidation? Read the full piece at The Spoon and let us know what you think in the comments.

They decided to start a revolution.

“We’ve put a lot of time into building a labor-reduced, tech-driven concept that we believe will revolutionize the pizza industry,” said Udrija, who cofounded PizzaHQ alongside partners Dueltgen and Matt Bassil.

According to Udrija, PizzaHQ will utilize robotics and other technology to create a more affordable pizza (“almost a 50% lower price point”) while using the same recipe and high-quality ingredients of the pies made at their dine-in restaurant.

Once the pizza is boxed, it’s loaded into delivery vans and distributed to heated pickup lockers around Totowa, New Jersey, a borough about thirty minutes north of Newark. Customers will be able to track their delivery and will scan a QR code to pick up the pizza waiting for them in a locker. Third party delivery partners like UberEats will also be able to pick up orders from the pickup lockers and deliver to customers.

Read the full story about PizzaHQ and their pizza robot restaurant chain concept at The Spoon. 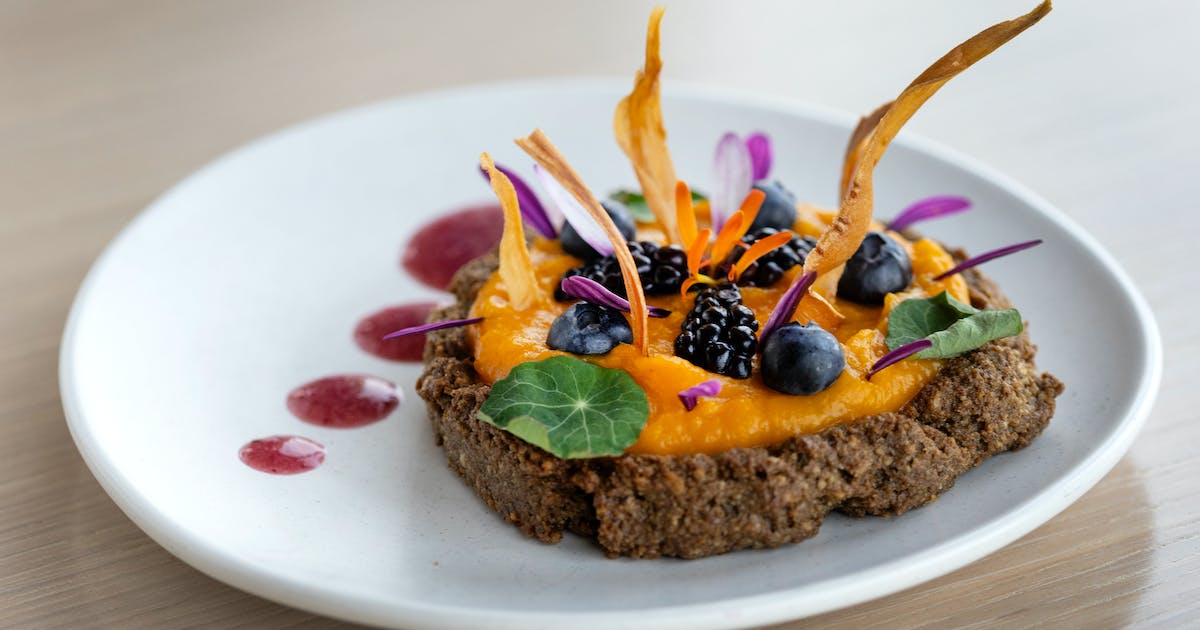