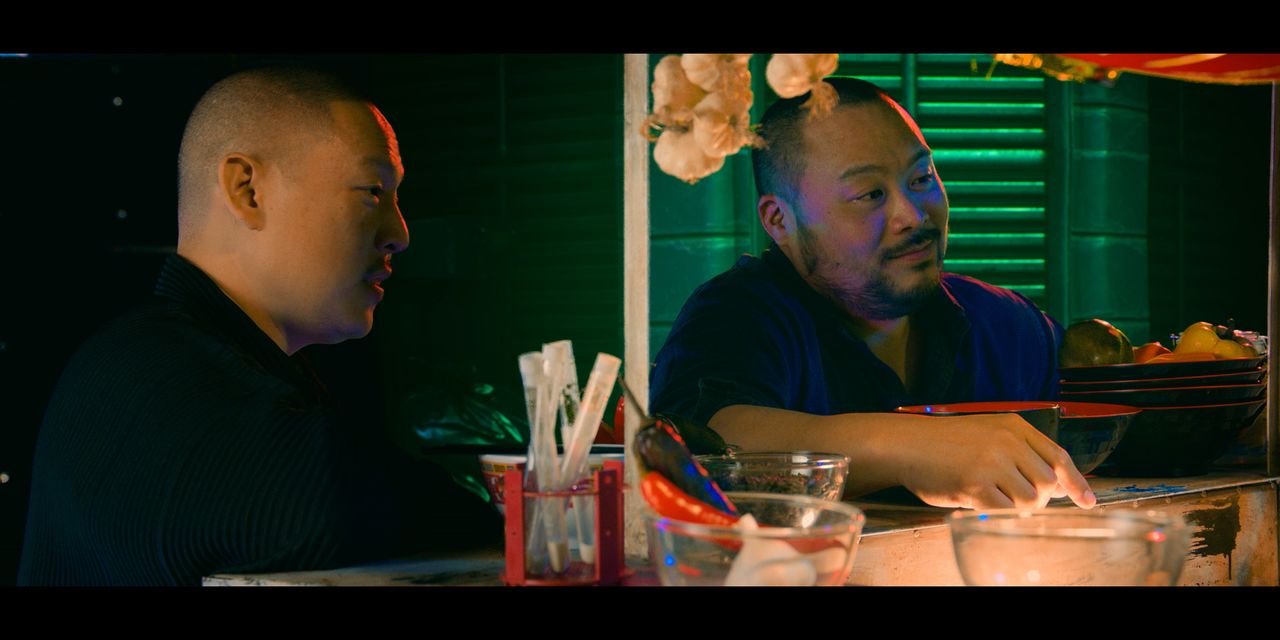 —chef, restaurateur and food influencer—assumes the role of our culinary conscience in “The Next Thing You Eat,” a six-part Hulu series with a built-in audience of seven-billion-plus earthlings. Who’s not interested in food? Or the issues raised in the show? Exploitative foods apps. The disappearance of restaurant workers. The disappearance of restaurants. Lab-grown meat. And the inescapable logic of vegetarianism—something the omnivorous Mr. Chang agrees makes sense. “I just don’t have that kind of moral integrity yet,” he concedes. If that doesn’t win him sympathy, nothing will.

The Next Thing You Eat

Mr. Chang doesn’t pretend to be a know-it-all during the series produced with Oscar-winner

(“20 Feet From Stardom”), despite his stature in the food business (and on food-oriented TV). The founder of the trend-setting Momofuku and its various spinoffs, he admits in episode 1—which is devoted largely to the perils posed to restaurants and cuisine itself by the rise of delivery apps and robotics—that he missed the boat himself regarding the current state of takeout. And that there may be no turning back. This may be a largely urban problem—few places are as reliant on deliveries as, say, New York and Los Angeles—but Mr. Chang sees automation as a threat, in the end, to creative cookery and independence within the food industry at large. He doesn’t want to quite admit it, but when it comes to convenience and consistency, McDonald’s being the obvious exemplar, Mr. Chang’s kind of dream is doomed.

But so is the American Dream, he argues, because the food industry is a prime provider of entry-level employment. It’s a world in which people really do work their way up—as his immigrant father did, Mr. Chang tell us. With robots performing food preparation and deliveries, a traditional source of low-level employment will vanish. So will the human element in food prep, though he has people arguing otherwise, among them people who make robots.

The imagery is frisky, the tone is often humorous, and the food being prepared throughout the show is often mouth-watering—it’s hard to make real food look appetizing, which is why there are such things as food stylists. But “The Next Thing You Eat” seems photographically honest. It’s honest, too, about what’s on the menu of the future. As someone who has snacked on French-fried grasshoppers, I can attest to their nutty goodness, but a lot of people will recoil from the very idea of eating insects, despite their much-touted nutritional benefits. A lot of our bias against/attraction to certain foods is cultural, Mr. Chang is careful to point out, though knowing that won’t necessarily help anyone get through a meal at the Kentucky Fried Cockroach of the future.

The bugs don’t march in until episode 6, though, and while insect-dining might be the series’ most sensational sequence, there are other tidbits that might be just as off-putting. Producing actual meat—animal-based and grown from cells—may be a sustainable alternative to factory farming and the environmental damage it entails, but why? Especially when there are plant-based alternatives that serve much of the purpose of actual beef, a mere element in the classic American burger’s elaborate construction of salty, spicy, sour, sweet and basically a vehicle for condiments. People will argue this, but that’s one of the assets of the show. Mr. Chang gets us to look at food and food service differently, and in ways that aren’t always pleasant—like watching someone else eat. But overall it’s enthralling, hugely informative and even, at certain times at least, appetizing.